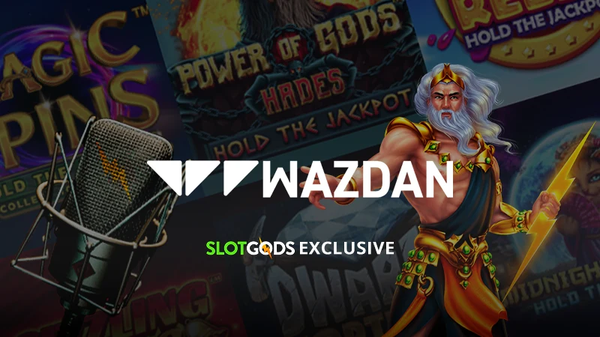 What can players expect from Wazdan's Hold the Jackpot mechanic? Despite being incredibly popular and well-received amongst slot enthusiasts, many players still question the Hold the Jackpot™ mechanic from Wazdan. There are still some confused players unsure of how the mechanic works. Thankfully, the team at Slot Gods decided to go straight to the source to find out all the ins and outs of the mechanic straight from Andrzej Hyla, the Chief Commercial Officer (CCO) at Wazdan. If you've ever wan 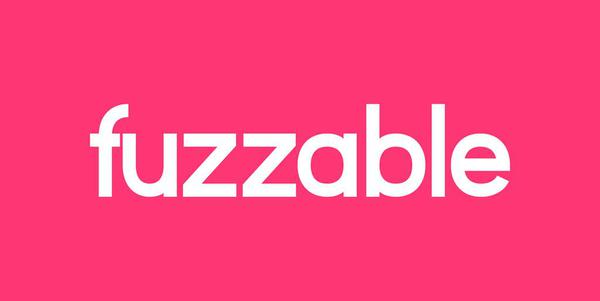 How the Twilight films changed the world

Throughout history, there have been many successful book franchises that have turned into huge blockbuster films – but none quite as big as the Twilight film series. In 2008, the first film in the series, Twilight, was released after three years of development. This led to a huge film series with films such as New Moon, Eclipse, Breaking Dawn Part I and Breaking Dawn Part II. Each film just increased the fan base rapidly and soon became bigger than the previous film. Whilst the film series was 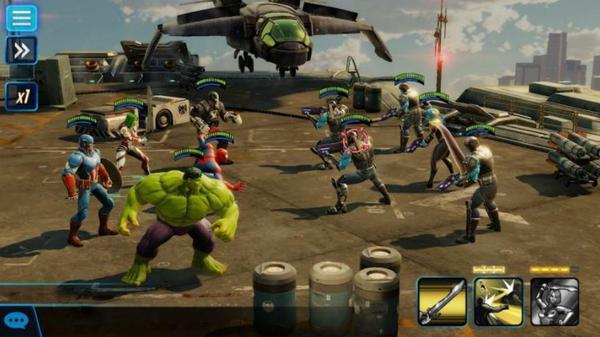 For over many decades, arcades and video game consoles continued to entertain the gaming masses until a new medium was born on the Internet known as online slots. With the growth of the internet in the late 1990s, many players soon found out that they could keep themselves entertained without having to leave their houses. At first, the cookie-cutter games copied from arcades like Pacman and Frogger did the trick – but players soon wanted something fresh and more exciting. Online games are just 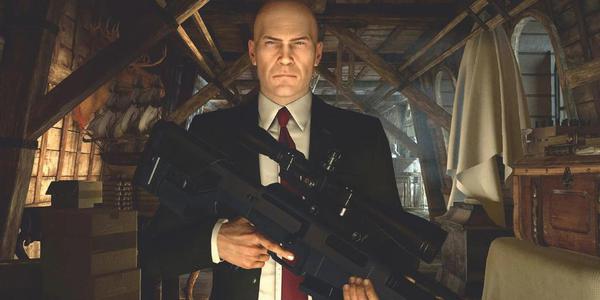 Celebrating the Legacy of the Hitman Series

Agent 47 burst into the video game scene in November 2000 with the release of Hitman: Codename 47. Developed by IO Interactive and published by Eidos Interactive, the original game showcased a new type of action hero in the form of the genetically enhanced clone of Agent 47. In the series, players follow assassin Agent 47. Throughout the games, he travels across the world carrying out missions whilst trying to uncover the mysteries of his origins. There are over eight installments within the ma 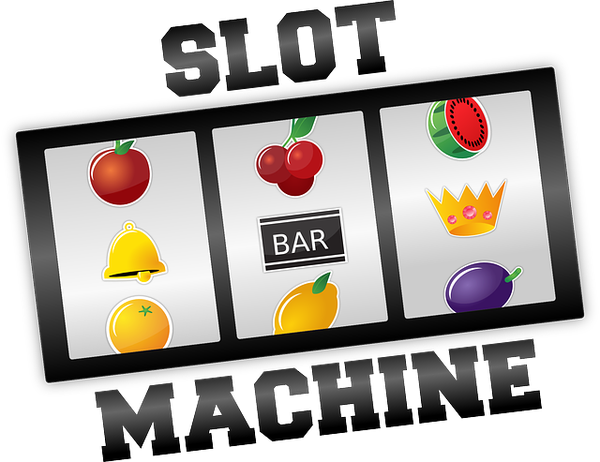 Should online slots be as fun to watch as they are to play No one could’ve predicted that streaming would take off the way it has. Twitch and YouTube are the two biggest platforms within the streaming world with creators showcasing everything from film trailer reactions, product reviews, DIY tips, and even online slots. It seems that audiences are more excited by watching people react to certain mediums than engaging themselves. Online slots are easily one of the most popular online casino gam 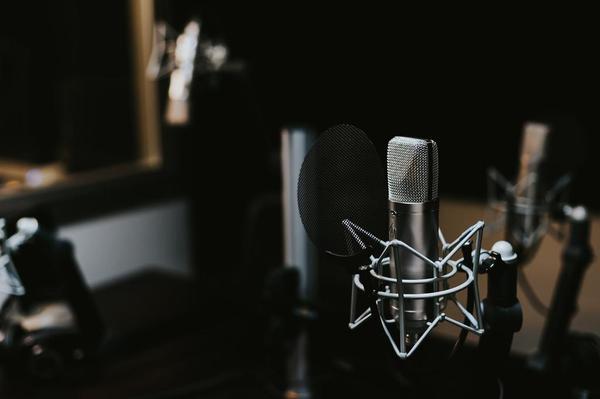 Radio has been around for hundreds of years but only began broadcasting to people in the 1920s. It was an incredibly powerful tool that allowed organisations and governments to reach the masses quickly. Radio kept the public up to date with live events happening across the world whilst building up morale and keeping people entertained through tough times. It’s hard to deny the impact and importance that radio has had throughout history, but the medium has found a new rival with podcasts within 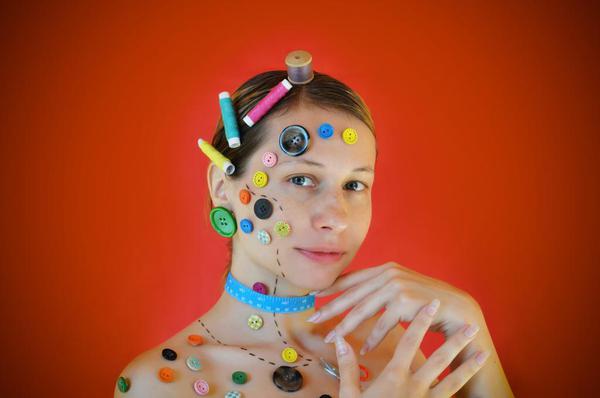 Weird but wonderful collaborations within the fashion industry

The world of fashion is celebrated for its bold choices and has become one of the biggest ways for people to express themselves. Fashion has the power to convey someone’s personality or mood without them ever having to communicate. It’s because of this that fashion is unavoidable in everyday life and is a powerful tool for many. Members of the public often see the latest designer trends and are confused by the abstractness of the fashion industry without realising that it’s a way of making a bo 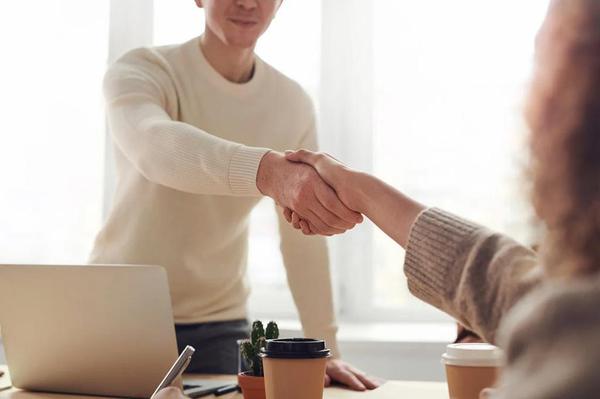 How important are partnerships in iGaming?

Many industries have been driven by rivalries as every company is striving for the best – but it’s not always the best long term solution. Partnerships are incredibly important and provide businesses with a way to evolve and expand their customer base. It’s becoming increasingly common for companies within the iGaming industry to partner up for mutually beneficial agreements. Only recently, Push Gaming and Scientific Games signed a major deal to form a partnership. While on the one hand, these 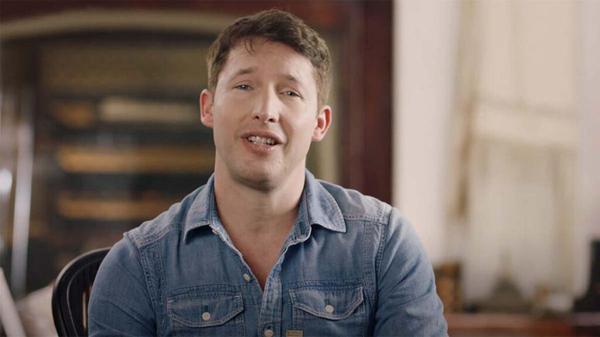 The best celebrity adverts of all time

There is no magical formula for making a great advert – sometimes it just all comes together. No one could’ve predicted that a gorilla playing the drums to a Phil Collins song would be an iconic advert remembered decades later. For some bizarre reason, it works and continues to be one of the greatest adverts of all time. A great advert needs to be memorable, all whilst resonating with the audience by delivering a personal message and something that rings true to audiences. What better way to do 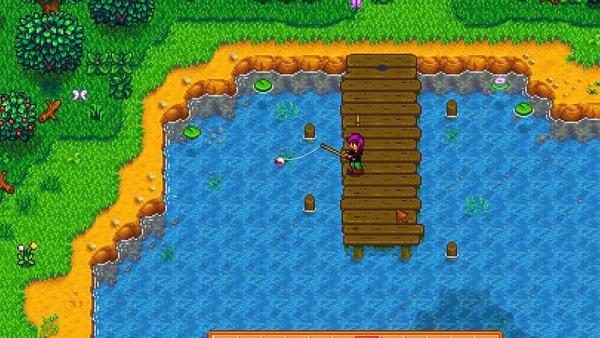 Why are video games obsessed with fishing?

Video games are one of the most interactive mediums out there as they often give players the chance to explore and become immersed in unimaginable worlds. This could be through heroes battling through a kingdom to rescue a princess or simply through building a farm as video games come in different shapes and sizes. One thing that is certain in video games is the fact that players are obsessed with fishing mini-games. Whilst there are many mini-games available out there in the gaming world, the 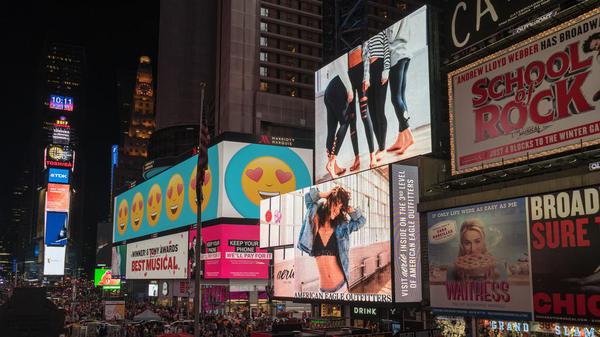 5 brands that tried way too hard to be cool

It can be extremely difficult for brands to deliver something that ticks all the right boxes. Sometimes, big brands can even tarnish their names through advertising fails. Whether by being sexist, tone-deaf or racist, many brands end up ruining their reputations through terrible marketing campaigns. Unfortunately, these brands desperately try to be cool amongst the masses but often fail spectacularly. From the infamous Pepsi advert with Kendall Jenner to the cringe-worthy Peleton advertisement, 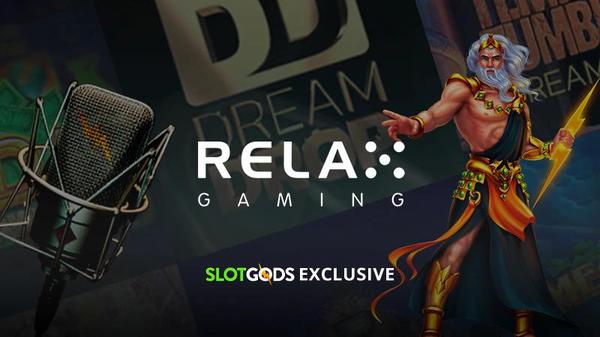 Within the iGaming world, there are many iconic online slots that have completely shaped the industry. These games continue to remain popular amongst players and enthusiasts alike, so much so that developers often wish to capitalise on this success with a sequel. This is where the true challenge comes in, as making a good slot sequel is more difficult than creating an original slot. With original slot ideas, there is no assumption of what this game could be, whereas a slot sequel must adhere to 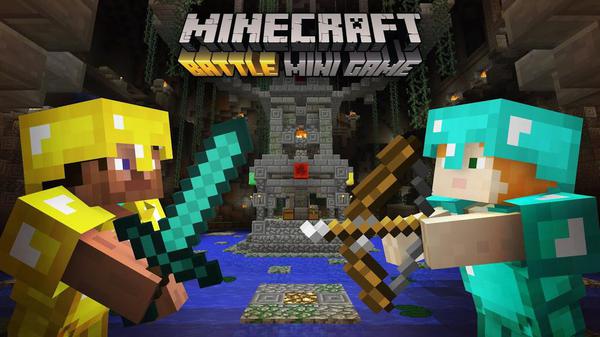 7 of the best mini-games in video games

There’s nothing better than finding a brand-new video game that completely entertains and keeps the players engaged. Video games have the power to bring people together whilst also providing a form of escapism to others to help them forget their woes for a short period of time. The only thing that is better than a great video game is a mini-game that is even more entertaining. Sometimes, mini-games can even steal the spotlight from the core gameplay and can even lead to a spin-off game based ar

iGB Affiliate London 2022 welcomes Double Up back with open arms

After a two-year delay, the Double Up Media team returned to iGB London with a bang! The event not only connects affiliates and operators together but builds long-term relationships allowing everybody to become a frontrunner in the ever-changing iGaming industry. Originally scheduled in early February, iGB London was quickly re-arranged due to the ongoing pandemic to April 2022. Thankfully, the event managed to run smoothly from 13th to 14th April 2022 with over 5,000 attendees. 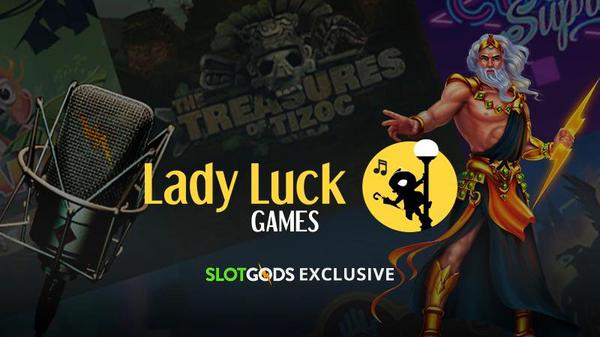 The Treasures of Tizoc exclusive interview with Lady Luck Games

An exclusive look into the upcoming game from Lady Luck Games The team at Lady Luck Games is known for incredibly imaginative titles such as Madame Clues and Rooftop Fight to name a few. They are constantly pushing the boundaries within the iGaming world to create something unique and original for players. Lady Luck Games has recently announced the release of their upcoming slot called The Treasures of Tizoc. We spoke to Vadim Fedorov, the co-founder and CTO of Lady Luck Games, to gain an excl 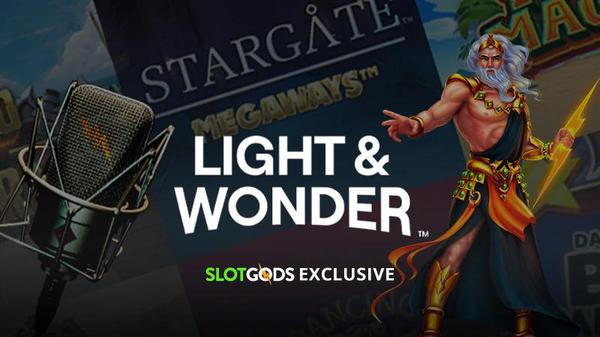 The team at Slot Gods gain an exclusive insight into Light & Wonder and Stargate Megaways Last month, Scientific Games (also known as SG Digital) announced that the company was transforming into Light & Wonder and will be taking a cross-platform approach to bring game franchises to players anywhere in the world and anytime with games available in both land-based casinos and online casinos. 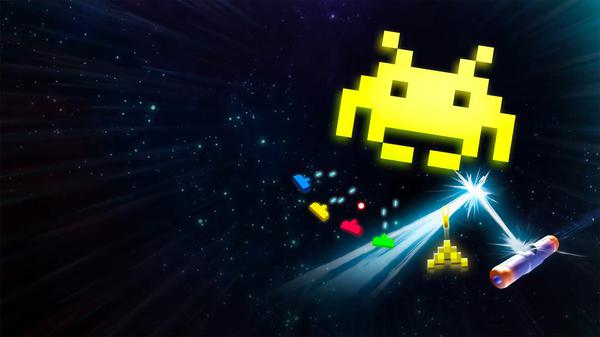 It’s hard to imagine a world without Space Invaders, but prior to 1978, the world knew nothing of the popular arcade game. Created by Japanese engineer and game designer, Nishikado Tomohiro, Space Invaders was a worldwide success in arcades across the globe and arguably paved the way for a generation of shooting games. There is even a rumour that the game was so in-demand in Japan that it led to a coin shortage leading to the production of the 100-yen coin. By 1980, the game continued to remain 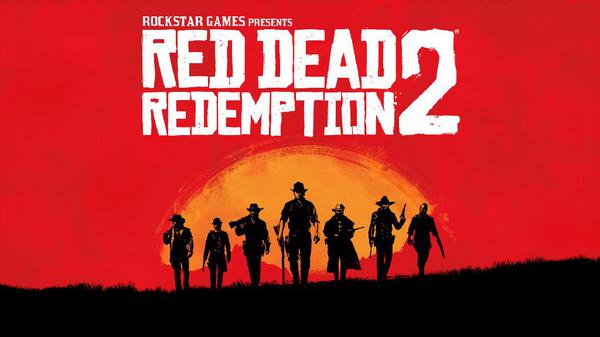 Is there a revival within the popularity of the Wild West?

The American frontier was an exhilarating time in history where European colonial settlements established western territories throughout the 18th, 19th and 20th centuries. This is ultimately where the American Dream was born and anyone was given the chance to become successful if they had the willpower to push through. 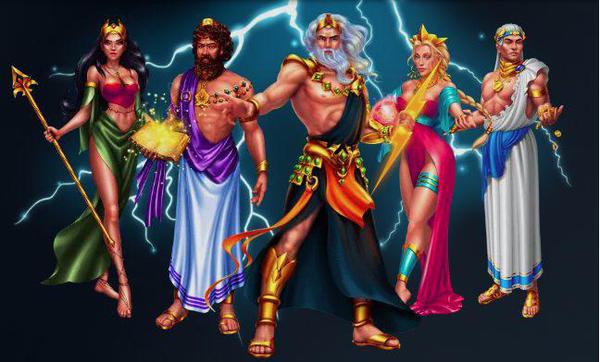 The world as we know it is filled with trends that are constantly changing and adapting, the same can be said for online slots as well. Developers and the brains behind these games are working hard to bring out the next big thing with some having monumental success. Whilst it can be said that a select amount of players love to stick to what they know, there are those who long for something fresh. Ultimately, this is why the creators of online slots are diligently working to develop something or
Load More Articles
Close ✕